Clashes in the night. Fight for the dogs continues in Romania

This is where dogs are left, Ioana Iordana says.

We drive around Bucharest, on the road towards Ioanas shelter. Ioana says that she has seen packs with dozens of stray dogs on the fields next to the road. Ioana manages a shelter for 130 dogs together with her two assistants. In the spring and early summer, the shelter was plagued by distemper, when a dog returned from a public shelter became ill, and infected some of the other dogs. Many puppies died despite treatment. Iona spent many nights at the shelter administering intravenous medication to the dogs. During the day she was at work, just to return to the shelter after her working day. 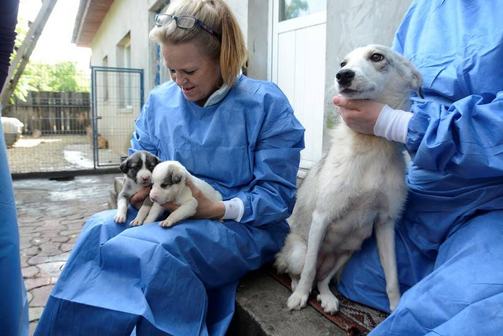 A sweet tempered female was found at a graveyard with its puppies. The priest who brought them to Save the Dogs shelter, still comes to visit them.

In Romania, animal lovers take dogs from the street to the safety of a shelter, and also save as many dogs as possible from the public shelters. This means that a large number of dogs spend most of their lives in shelters with various standards. The conditions at the shelters are not always good.

The reason for the animal rescuers distress is the law, which was approved in the autumn of 2013, which chose killing of the stray dogs as the primary solution in controlling the stray dog population. Since then violence towards the dogs has increased.

-Basically the government gave permission to kill the dogs, and people started poisoning them in the streets, says Filippo Agostino, the CEO for Save the Dogs. 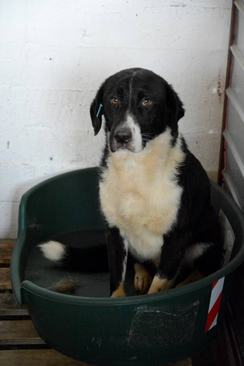 Patchy, a shy male, rescued from a public shelter. He withdrew to his kennel when approached by strangers, but liked the treats, and finally even took some from the hand. The boy has potential, and according to the latest update, has already found a home. 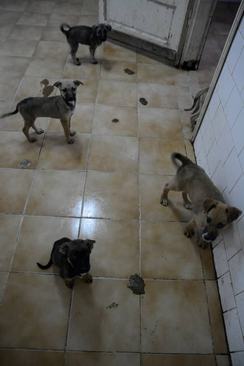 Enormous amounts of puppies are abandoned in Romania. Litters are left anywhere, and thrown over the fences to shelters. Even in closed plastic bags. 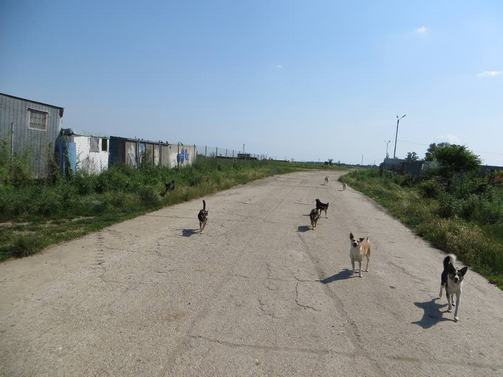 One of Ioanas assistants lives in the barracks to the left. The poor woman also has dogs of her own. Despite the lack of resources, she managed to get them all sterilized.

On June 20th came a turning point, when the Romanian Court of Appeals froze the law allowing the killing of the stray dogs. The decision came after ASPA, the dog catchers authorized by officials in the Bucharest area, broke into a private shelter, and forcefully took 90 dogs. Some of the dogs died through the violent treatment in the hands of the catchers.

It was Ioanas shelter, and she recorded the whole incident on video. The signs of the violence are still visible in the dogs, many are fearful of humans, and lying in the corners of their kennels, passive and depressed. 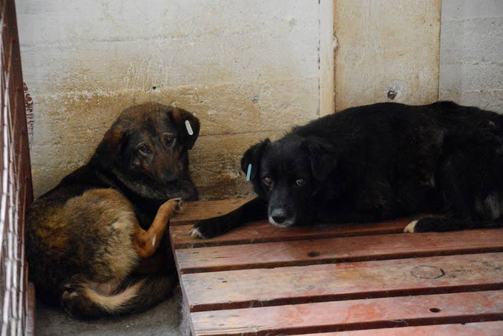 Many of Ioanas dogs were traumatized when the dog catchers attacked the shelter.

Another animal welfare organization, Vier Pfoten, was also attacked by ASPA. Vier Pfoten  brought action against them, and got it through. In practice, the repeal of the law means that dog catchers are not allowed to operate.

– Still, in almost every city, including Bucharest, the catching and killing of the dogs continues. In some cases all activities are stopped, including giving the dogs already in the shelters food and water, says Sara Turetta, president of Save the Dogs.

The disapointment in fellow citizens

Save the Dogs is in an exceptional position compared to other animal welfare organizations, because it has managed to gain the trust of the city management in the two cities where it operates, Cernavoda and Medgidia.

For example, in Cernavoda the number of stray dogs has decreased from a couple of thousand to only a couple of hundred dogs, using humane methods, recommended by the WHO. The proven method includes returning the sterilized dog back into its territory. 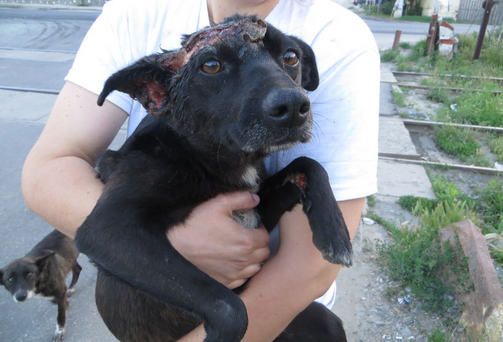 Ioana Iordana noticed a badly injured female dog by the road. The vet estimated that the dog must have been lying by the road at least for a few days. Ioana Iordana took care of the dog, and its already on the mend. It was named Roxi. 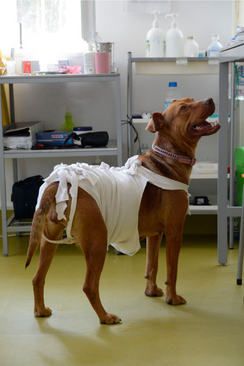 Thia was rescued from the public shelter in Galati. The vet at the shelter had tried to sterilize it, but with poor results. Now Thia is recovering from corrective surgery. 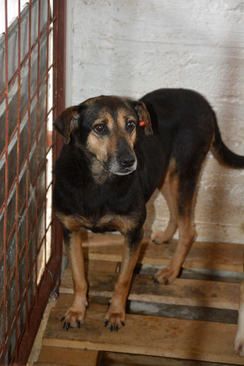 Rita is one of the dogs, that the catchers from ASPA took from the shelter. Rita lost its conciousness, and was thought dead.

The stray dog problem will never be completely solved, because people keep abandoning their dogs, and the dogs removed from the street, are quickly replaced by new dogs from the outskirts of the cities. In Cernavoda and Medgidia the situation is under control, but in the vast majority of Romania, animal rescuers have long been on the verge of despair. Ioana Iordana says that she is completely worn out. She is deeply disapointed with Romania, and her fellow citizens.

The love-hate relationship with her country extends even further

– Romania is a threat to Europe, Ioana says.

– Psychopathy starts with children growing up witnessing violence. According to a research 90 percent of Romanian children have seen dogs being killed in the streets. Because of Romania, there is a lot of crime in Europe. If you don’t respect your own country, how could you respect others?

ASPA, in charge of the dog catchers in the Bucharest area, has continued capturing dogs at night, which has activated the animal rescuers. Animal welfare organizations have interpreted, that freezing the law makes dog catchings and killings illegal. Bucharest city officials disagree, and have ordered the police to ensure that the dog catchers can continue their work without disruption. The catchers also see it as their right to take dogs from peoples yards and other private areas. Animal lovers have followed the dog catchers vans in the night, and tried to film them and prevent their activities. The situation has also led to clashes.

One of the main brawlers, is Razvan Bancescu, leader of ASPA. Two weeks ago Bancescu crashed into a vehicle belonging to animal rescuers, and three people were taken to hospital. Just over a week ago the dog catchers vandalized a car belonging to another animal rescuer, and hit a German animal rights activist in the face. 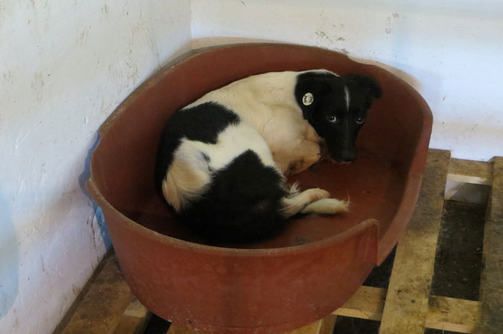 Duffy, who is recouperating at Adriana Luizas shelter, is especially scared of men, and might even wet itself from sheer horror. It was rescued from the notorious Craiova public shelter.

Preparing for the continued killings

– I am ashamed. We are barbarians, says Turlea Ovidiu-Stefan. He belongs to Vier Pfoten, the organization that managed to get the killing law frozen. Ovidiu-Stefan says it is difficult to change things, when you’re up against authorities. Now Vier Pfoten has filed another action against the leader of ASPA, accusing him of abusing his position of authority, fraud, embezzlement and unlawfully killing the dogs. 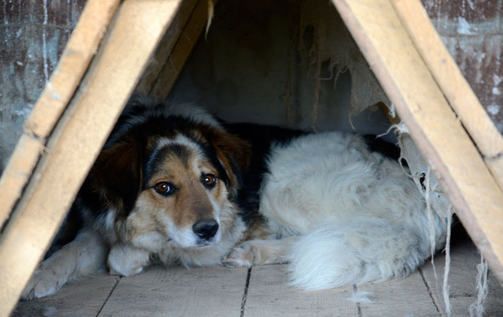 Duffy, who is recouperating at Adriana Luizas shelter, is especially scared of men, and might even wet itself from sheer horror. It was rescued from the notorious Craiova public shelter. 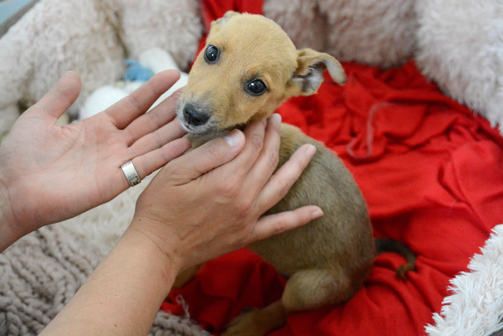 This puppy had lost a lot of weight due to internal parasites. Now its doing a lot better, has been vaccinated, and is ready for adoption, Ioana Iordana says.

The Romanian government will be trying to reinstall the law

In the Bucharest area the mass killing of the stray dogs will not end, if it’s up to the authorities. ASPA has recently renewed their agreement for disposal of the dogs bodies in 2015. The agreement partner is Stericycle, a company specialized in the disposal of problem waste, and has its headquarters in the US. Under the contract, the estimated amount to be disposed is 387 000- 567 000 kilograms of dogs, in 21 months. Calculated for example, the number of 25 kg dogs to be killed would be 15 500- 22 700 dogs.