Koti › Eläimen adoptointi › The health of the animal to be adopted

The health of the animal to be adopted

When importing animals, we follow the general terms for trade set by Finnish Food Authority. We are registered to TRACES (Trade Control and Expert System) which is required to import live animals. Our registration number is 385/04.01.05.00.01/2020 and the registration is valid until 21.2.2023. All the animals are registered in TRACES system, enabling to trace the animals traveling within EU.

In addition to legislative requirements, we are taking additional steps to ensure all imported animals are disease free. All the dogs coming from Romania are thoroughly tested for diseases before their arrival to Finland.

Operations carried out for the dogs arriving from Romania

All the dogs arriving from Romania are vaccinated for rabies, parvovirus, distemper, infectious hepatitis, kennel cough and leptospirosis. The dogs are receiving two treatments for ectoparasites and tapeworms. The withdrawal period for the rabies vaccine is set to be two months instead of the 21 days required by the law. In addition, dogs arriving via Hobo Dogs receive booster vaccine shot against rabies before their arrival. Additionally, adopted dogs get tested for eight different diseases: American heartworm, skin worm, anaplasmosis, babesiosis, Lyme borreliosis, Ehrlichia Canis, Giardia, and Leishmaniasis. Tests are taken about 1-2 weeks before the export.

It’s not possible to detect a dog’s skin worm before the worm has fully developed, which takes approximately 5-9 months. Therefore, we don’t test puppies under the age of six months for skin worms.

There is a possibility to test a dog in Romania against multidrug resistance bacteria at a cost of € 70, which will be paid by the adopter. If you wish to get your dog tested, please be in touch with the contact person of the dog.

General information about the health of an adopted animal

Traveling to a new unknown environment and getting used to the different bacterial flora can cause a lot of stress for the dog. Stress level and possible symptoms are unique for each dog. During the travel it is possible the dog gets a stress related eye or ear infection. Dogs having a sensitive stomach may get diarrhea due to the different bacterial flora existing in Finland. Stressed dogs will need their time to get familiar with the new home, family, and the environment. To speed up the process, we advise getting into daily routines as soon as possible.

In principle, rescue dogs are not having less or more health problems than purebred dogs

While rescue dogs are in general healthy, it is important to understand the rescues are often coming from a background of inadequate nutrition and untreated injuries. Because the health history and the background of the dogs are often unknown, we cannot guarantee the health of the animal. For example, the dog may suffer from some structural or orthopedic problems caused by an old trauma or other issues which cannot be diagnosed in the clinical study of the veterinarians. Especially in Romania, the level of orthopedic expertise and dental treatment quality is not on par with the Finnish standards.

Because many of the dogs have been laying on a hard and/or unhygienic platform, those may have caused bed sores or rash which usually heal on their own. When the dogs start to get good quality food and the stress levels get decreased over the time, results can be seen as a thicker and healthier fur. If the skin is infected, local skin care or antibiotics may be needed. General weakness may be caused by living in stressful shelters. If there are any known issues with the health of the animal, this will be informed before exporting the dog. Temporary problems like wounds and eye or ear infections we aim to treat primarily already in Romania unless agreed otherwise with the owner.

Hobo Dogs is not responsible of any hidden defects or diseases, which they have not been capable to identify in Romania due to the lack of veterinary equipment or resources. Hidden defects can be, for example, asymptomatic osteoarthritis, arthritis, asymptomatic, hip dysplasia, patellar luxation, precursor of eye condition and parasites, hidden when tested. In addition, because being homeless in Romania health problems caused by malnourished nutrition or starvation cannot be predicted. Also, we cannot guarantee that the dog will not have any undiagnosed old injuries which it may have got during its life on the streets.

Our aim is to be as careful and thorough as possible when exporting dogs. It should be noted that even with all of the precautions, there are still risks when bringing a dog from a country where there are more diseases compared to Finland. Therefore, responsible actions are expected also from the owner. It is advised that the owner gets familiar with the different diseases existing in the country of origin and follows the instructions provided by us.

Prevention of parasite infections in Finland

Before the travel the dog receives Echinococcus medication per the import regulations. Two weeks after the dog’s arrival, we recommend giving three-day worming treatment with a broad-spectrum medicine called Axilur. That is also effective against Strongyloides stercoralis (Threadworm) which can spread to human as well. If the household has other animals, those should be wormed at the same time. The dog has been treated against internal and external parasites in Romania. After four weeks from arrival, the dog and other animals of the household should be treated (e.g., Frontline Comp) for external parasites as a preventive measure. During the first couple of weeks, it is important to pick up the dog’s poop and avoid dog parks until all worming treatments have been given. It is unlikely the dog would have any parasites when arriving to Finland but to minimize the risk it is important to give supplemental medication.

If your dog has been tested positive for Giardia, Heartworm or other illness requiring medication and/or medical treatment, separate instructions will be given by the contact person of yours. If you notice any suspicious lumps on your dog, be in contact with a veterinarian for the check up and possible removal. In such a case, please also inform your contact person.

When the dog is at home

If your dog shows any signs of physical problems during the first week at home e.g., orthopedical issues which were undiagnosed before the arrival, Hobo Dogs will contribute to the costs of the veterinary costs with special consideration. Maximum 80% of the costs until € 1000 could be covered by the Rescue Association Hobo Dogs.

What mentioned above does not include general health issues due to the factors of changes and new home. Such problems could be, for example, intestinal problems (diarrhea, nausea, vomiting) and eye or ear infections caused by stress, changes in the nutrition and bacterial flora and getting strong medication against parasites. In principle we do not cover any health issues caused by the poor living conditions on the street, e.g., dental problems. When adopting a rescue dog, it should be noted that any problems as a result of poor quality of life would require special attention to improve the overall health.

We recommend testing all the adopted dogs in case of heartworm, Leishmaniasis, and skin worm after 7-9 months after the dog’s arrival. The test requires a blood sample taken by a veterinarian. Even though all the dogs are tested in Romania in case of heartworm, Leishmaniasis and multiple other diseases, the incubation period can be so long that those are undetected there. Due to that, nature of the diseases and increased prevalence of them, it is advised to carry out further testing.

It is good to keep in mind that not every veterinarian has positive attitude towards rescue dogs. Even when the dog has the papers in order and it is proved to be disease free, can the attitude of the vet affect to the nature of treatment and getting diagnosed. Here we have compiled a list of rescue positive veterinary clinics.

It is our aim to ensure that the reputation of rescued animals gets more positive through all the dogs adopted from us. We hope you to do the best to make sure your pet stays healthy in the future.

The health of the animal to be adopted 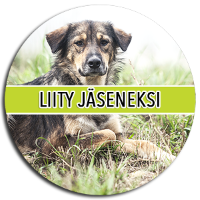 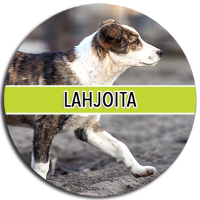 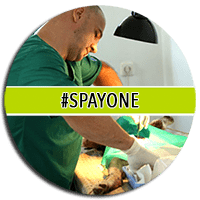 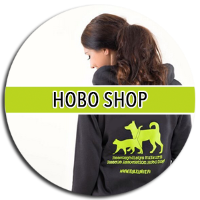